Here is movie about New Mexico history told through the eyes of a Jewish Immigrant. 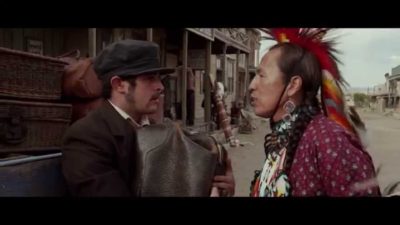 An award-winning short drama about Solomon Bibo, a German Jewish immigrant who becomes governor of the Native American tribe of Acoma in New Mexico in the late 1800s. Coming to the Wild West as a young man, Solomon learns how to ride a horse, shoot a gun, play poker with the outlaws and make friends with the "Indians" from his grandpa's tall tales. He marries a beautiful girl from Acoma Pueblo, a thousand-year-old settlement that still sits atop an unassailable cliff in the middle of a ?New Mexico desert. As a well-known trader and friend of the tribe, Solomon is chosen to be governor of his wife’s pueblo, an unprecedented feat for a non-native. Life throws him many curves after that – he defends the pueblo against powerful enemies, fights for progress but loses to tradition, his friends turn against him, great earthquakes and great depressions wipe him out, but he always fights back… and always remains… a Moses on the Mesa.